You are using an outdated browser and will encounter some problems with our website. Please consider upgrading.
Upgrade Now
Help
All docsHelpGetting startedMap design

You can use Mapbox to control nearly every aspect of the map design process, including uploading custom data, tweaking your map's color scheme, adding your font, creating data-driven visualizations, and more. The core of the map design process is the style: a document, written in JSON, that defines exactly how your map should be drawn. Because all Mapbox styles conform to the open source Mapbox Style Specification, your maps can be rendered consistently across multiple platforms, including on the web with Mapbox GL JS, the Mapbox Static Images API, on mobile with the Mapbox Maps SDKs for Android and iOS, and with any third party libraries that are designed to read Mapbox styles. This guide explains how Mapbox styles work and where you can go to learn more and get started designing your map.

Style documents, or Style JSON, contain style rules that are used by a renderer to display the map you see in your browser or device. In this example, you can see references to the style's data and images and instructions on how to render them in the Style JSON on the left and the rendered live map on the right. The map is displayed in your browser after Mapbox GL draws the final map using the style JSON and the tilesets it refers to.

You must write style JSON according to a strict specification for the renderer to interpret it and display the map in your browser.

The Mapbox Style Specification defines the information that should be included in a style document for the renderer to display the map, including the title, values for the initial camera position, sources and other resources used in the style, and the styling rules for the map's layers. The complete requirements are listed in the Mapbox Style Specification, but some of the key concepts to understand are:

The map that you see in your browser or on your device is the result of applying style rules (Style JSON) to data sources (usually map tiles or GeoJSON) to render a complete map. In the language of the Mapbox Style Specification, data sources are called sources and the style rules you apply to that data are organized into layers. You cannot create a map without specifying both sources and layers.

If you are using any icons, images, or fonts in your map, your style will need to include a sprite or glyphs property.

Map styles work with Mapbox GL JS, the Mapbox Maps SDKs for Android and iOS, and any third party software designed to read Mapbox styles. Style rules and tilesets are combined and rendered completely on the computer or mobile device that has requested them. Because styles are designed to work with GL-based renderers, you can alter your style programmatically after the map has been loaded.

Data-driven styles allow you to change a layer's style based on properties in the layer's source. For example, you might create a data-driven style rule that sets the color of states in the US based on the population of each state.

Get started with Mapbox GL JS expressions: In this tutorial, each circle is a historical landmark. The size of the circle is the age of the landmark and zoom interpolation is used to create a smooth user experience. 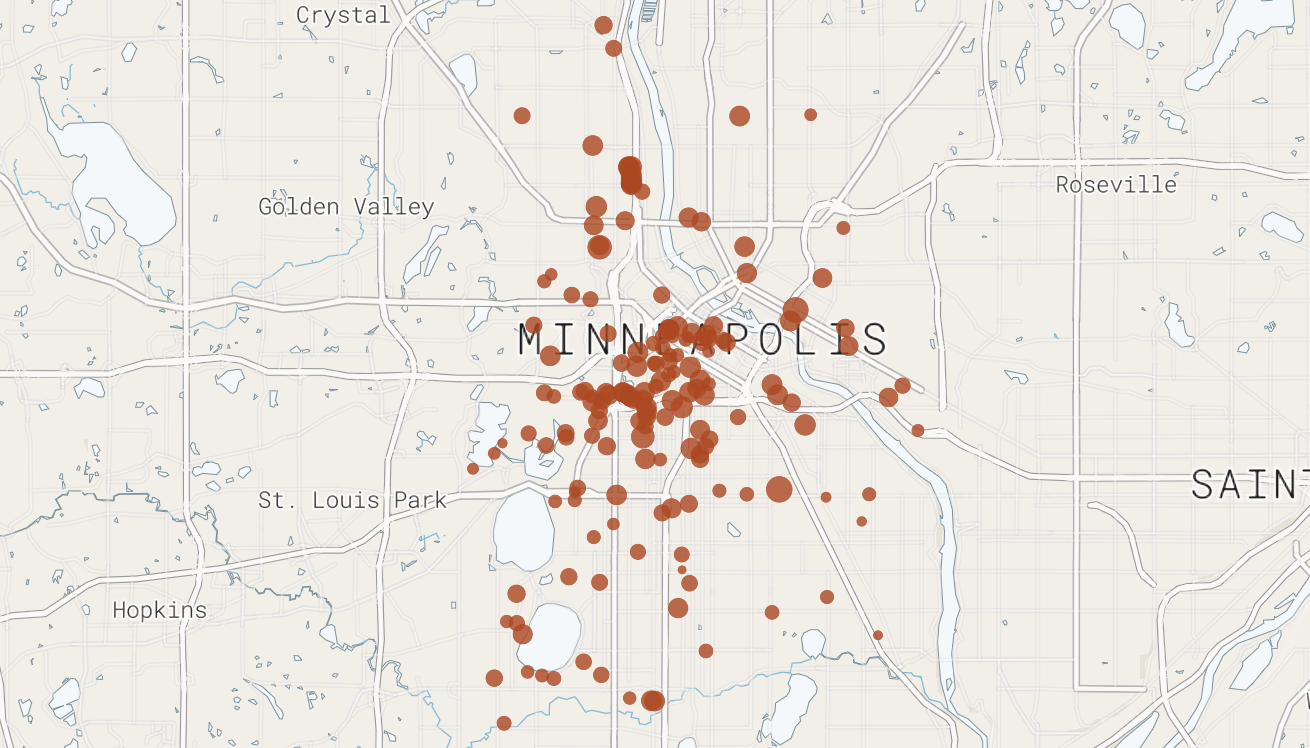 Choropleth map: In a choropleth map, a 'fill' layer changes color based on data properties. In this tutorial, the color of a state changes based on the population in the data. 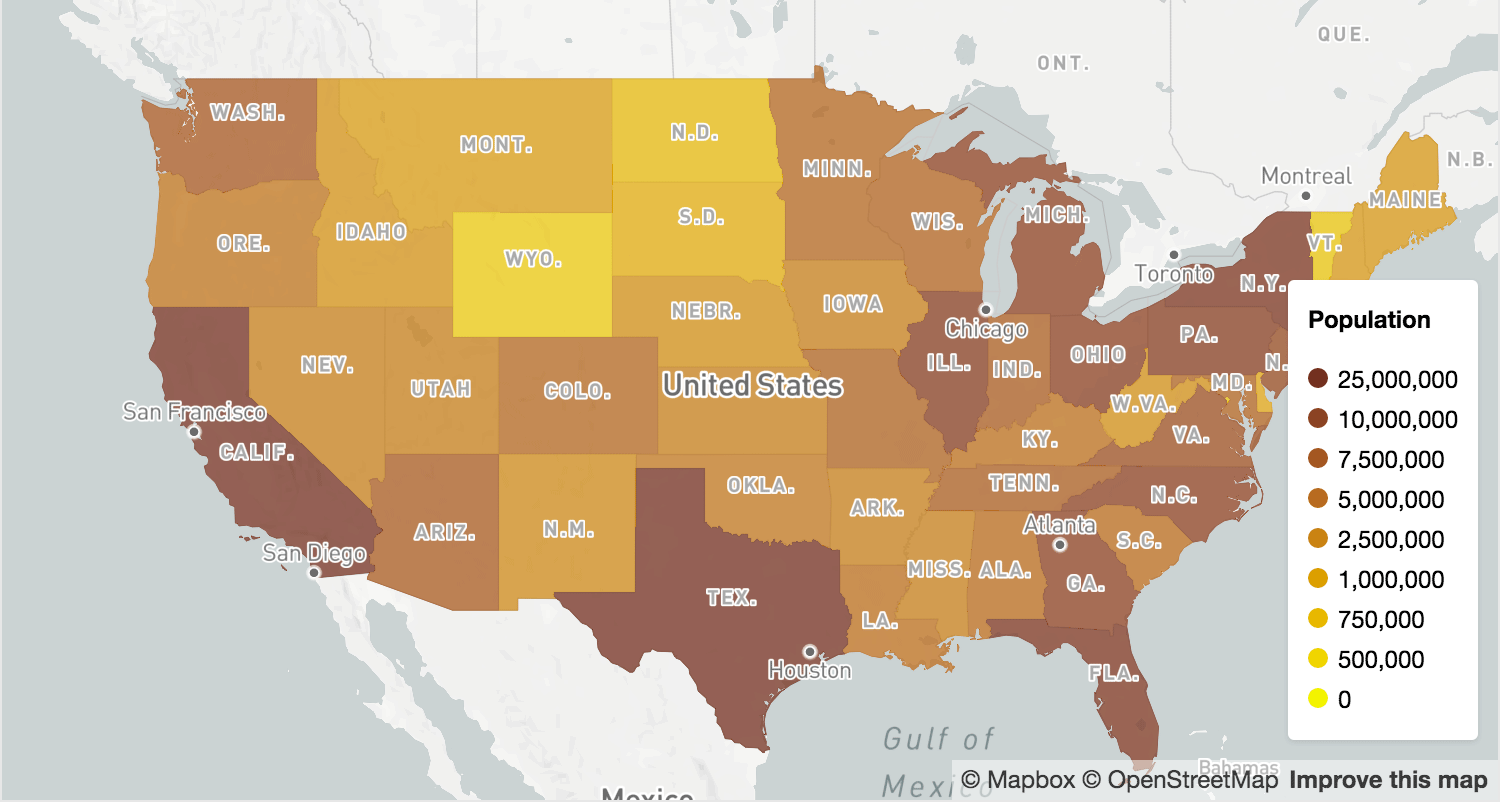 Colored line map: In a colored line map, a line layer changes color based on data properties. In this example, the color of a flight path changes based on the difference between local time at the flight's origin and destination. 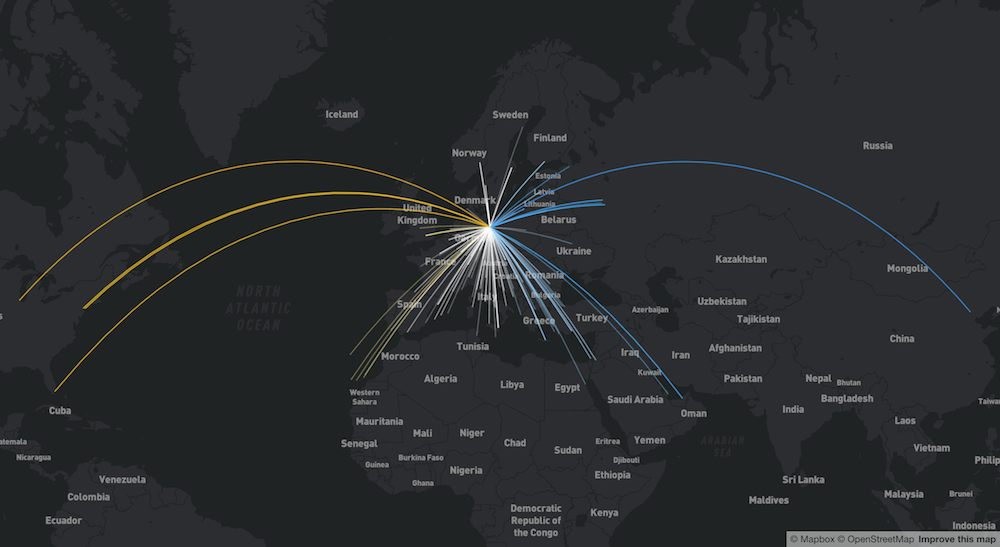 3D Building map: Using a fill-extrusion layer, extrude buildings in 3D based on data properties. In this example, the extrusion height of the building changes based on the "height" and "min_height" of the building polygon. 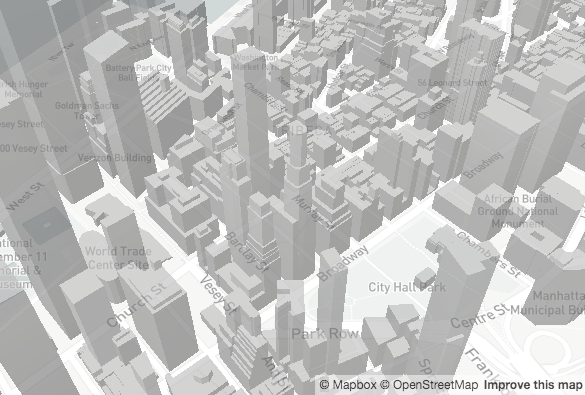 The value of any layout property, paint property, or filter within a style sheet may be specified as an expression. With expressions, you can style data with multiple feature properties at once, apply conditional logic, and manipulate data with arithmetic and string operations for a more sophisticated relationship between your data and how it is styled. Below is an example of the value of a layout property using a match expression to display a different icon image depending on the value of the marker-number property in the data -

The many types of expressions can be explored further within the Mapbox Style Specification and in the examples like Getting started with expressions and Make a heatmap with Mapbox GL JS.

Use Cartogram, a drag-and-drop tool, to create a custom map in seconds. Upload a picture, select the colors you want to use, and create a map style that fits your brand. Your new map style will be ready to use on a website or in a mobile application. You can also open it in the Mapbox Studio style editor to continue customizing the style or add custom data.

You can create a style from scratch using a text editor and following the Mapbox Style Specification.

Related documentation
Mapbox Styles API
Comprehensive API documentation and example code.
Mapbox JavaScript SDK
Overview, installation instructions, and API reference.
Mapbox Style Specification
Comprehensive specification for Mapbox GL styles.
Mapbox Studio Manual
Comprehensive UI documentation, step-by-step tutorials, and troubleshooting guides.
Mapbox Studio Classic Manual
Comprehensive UI documentation and step-by-step tutorials.
Related tutorials
Beginner
No code
Video: Add 3D buildings and data-driven styling with Studio
Turn on 3D buildings and apply fill colors based on building heights.
Beginner
No code
Add 3D buildings to a Mapbox Studio style
Add a 3D building layer to a map style in Mapbox Studio.
Beginner
No code
Video: Add bilingual labels to a map with expressions in Studio
Learn how to use expressions for string and data operations in Studio.
Beginner
No code
Video: Add a custom font to a map style with Studio
Import a custom font to use in your map style.
Related troubleshooting guides
How to regain access to your account
Learn to troubleshoot common account lockout scenarios.
Adjust the zoom extent of your tileset
Learn how to manually adjust the zoom extent of your tilesets.
Blank or missing map tiles
Learn why you may be seeing blank or missing tiles.
Change your map’s label language
Learn about available languages and how to change your map’s language.