You are using an outdated browser and will encounter some problems with our website. Please consider upgrading.
Upgrade Now
Help
All docsHelpTroubleshootingTroubleshoot raster image with black background

Sometimes raster image uploads appear with a black background where you would expect there to be transparency. These black pixels often exist around the edges of the image as shown below. 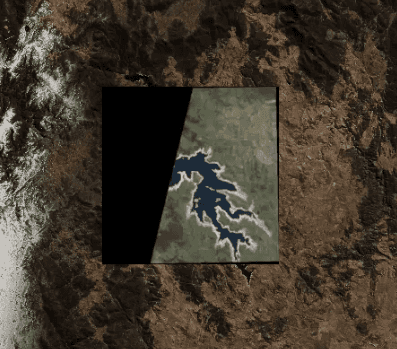 The black background that appears is the part of the raster image that does not contain any data. Generally a raster image is a rectangular grid of pixels. When you are working with data that is not rectangular, there are pixels within the grid that don't contain any data. These pixels are expressed as NoData values and represent the absence of data. GeoTIFFs that are uploaded to Mapbox Studio are displayed as JPEG to save space and make maps load quickly. Since JPEG cannot display transparency, NoData values appear black.

It's not possible to change the appearance of NoData values within Mapbox Studio, but there are two strategies you can use to resolve the issue outside of Mapbox Studio. First, you can use Mapbox GL JS to retrieve a PNG instead of a JPEG. If that doesn't work, you can edit the original image using Rasterio.

You may see a black background when you use some browsers or older browser versions, but not see the black background using newer browser versions. This is because many modern browsers support the WebP image format. (For a full list of web browsers that natively support WebP, see the official WebP documentation.) Mapbox services will use this more efficient format if browser support is detected at runtime.

Change the way you retrieve the image

When you use your style in a Mapbox GL JS application, you can dynamically add the tiles to the style as a raster source and specify that it be encoded as PNG instead of JPEG. Since the PNG format supports transparency, if your GeoTIFF was exported with the correct NoData values they should appear transparent. Once you have initialized your map, add the following code to add the raster source to your map:

After adding the above code, view your map in the browser and check if those changes resolved the transparency issue. If you are still seeing the black background, make sure that your GeoTIFF was initially exported with the correct NoData values by following the process outlined below.

Use this work-around with Mapbox GL JS v1.8.0 or higher to ensure that all requests sent to Mapbox servers include a SKU token.

Next, run this command to set NoData values to zero:

For more information on Rasterio, read the Rasterio documentation on GitHub

Once you do this, upload your new filename255.tif file. See the image below for an example of the expected result. 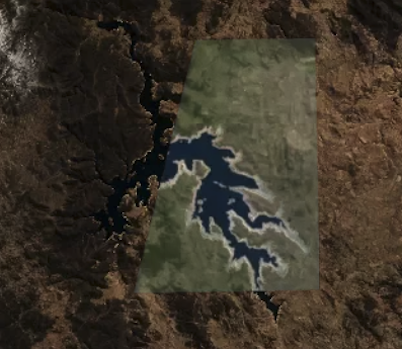 After you have used Rasterio to make the tile transparent, as described above, and have uploaded it to Mapbox Studio, you will reference it in your mobile project:

The transparent tile needs to be referenced as an MGLRasterTileSource object in your iOS app:

The transparent tile needs to be referenced as a RasterSource object in your Android app:

If you continue to see a black background after following the above steps, please contact support and attach your original GeoTIFF for further troubleshooting.

Related troubleshooting guides
Access elevation data
Learn how to access elevation data in Mapbox tilesets.
How to regain access to your account
Learn to troubleshoot common account lockout scenarios.
Adjust the zoom extent of your tileset
Learn how to manually adjust the zoom extent of your tilesets.
Change your map’s label language
Learn about available languages and how to change your map’s language.